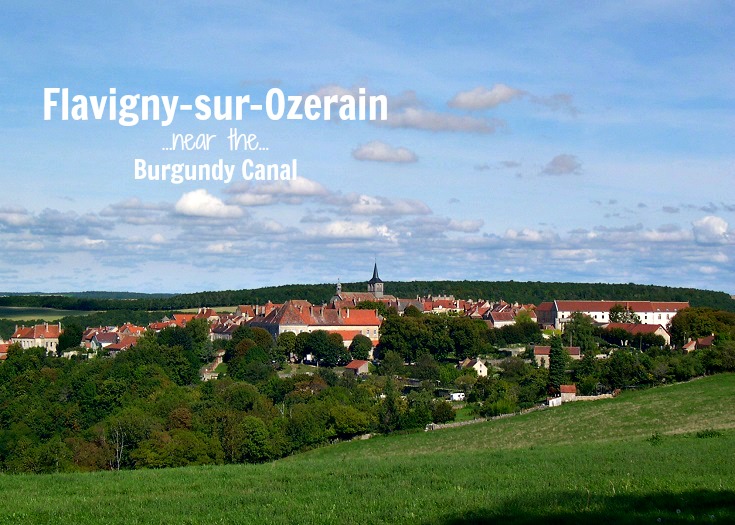 One of the loveliest of France’s most beautiful villages, Flavigny-sur-Ozerain is perhaps best known as the setting for the film Chocolat starring Juliette Binoche and Johnny Depp.

Long before then though, in the first century BC, Julius Caesar set up camp on the hill here, while at war in nearby Alésia. After his victory, this land was granted to one of his soldiers—Flavinius—and so the village got its name.

The first abbey in Flavigny-sur-Ozerain was built in the fifth century but was quickly destroyed. The current abbey, dedicated to Saint-Pierre, was built for the Benedictine monks in the eighth century. Every year in October, a fair is held to celebrate the consecration by Pope John VIII in 878 AD. 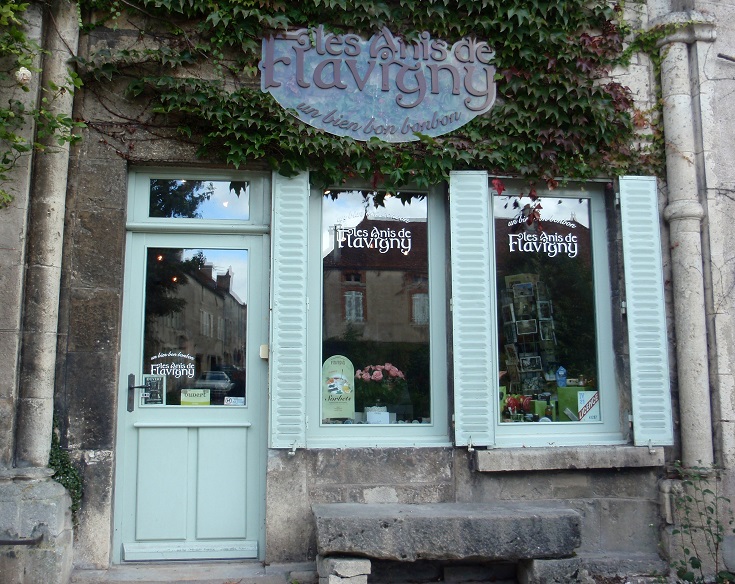 Today, the abbey is used for the production of aniseed lollies. The same recipe has been in use since the sixteenth century but today the lollies are available in a wide variety of flavours.

The abbey and lolly production line are open to the public on weekday mornings or you can visit the lolly shop Anis de Flavigny—but check the website as opening hours for the shop and the abbey vary throughout the year.

Below the abbey, crypts from the Carolingian time (ninth century) can also be visited and are open in the morning and afternoon.

If you have seen the movie Chocolat, you will no doubt want to visit the parish church of Saint-Genest. Although this church is more than nine hundred years old, there is very much a sense of a church well-used and well-loved by the local community. On both sides, stairs lead up to a gallery where you can sit quietly, undisturbed, and contemplate all that these walls have seen over the last nine hundred years.

Let’s visit the church and wander through the back streets… 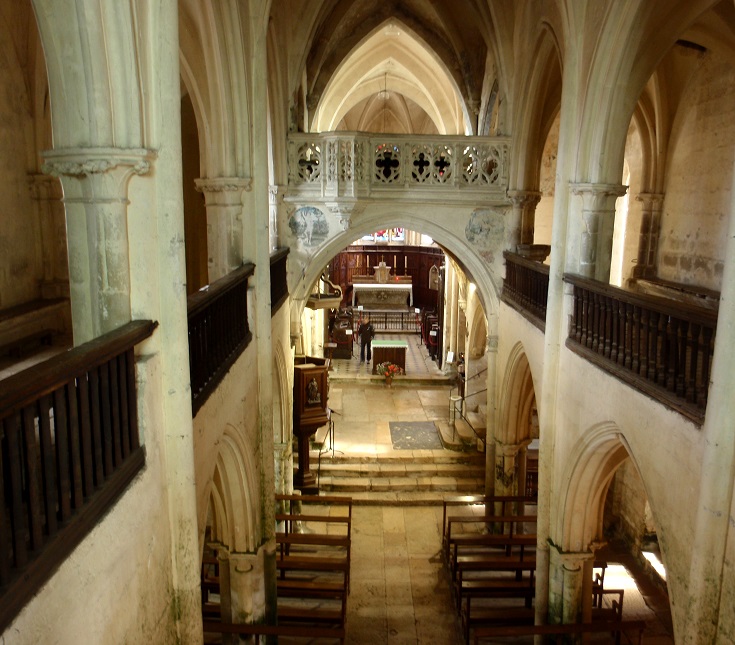 View from the gallery – inside Saint-Genest

Inside the church of Saint-Genest 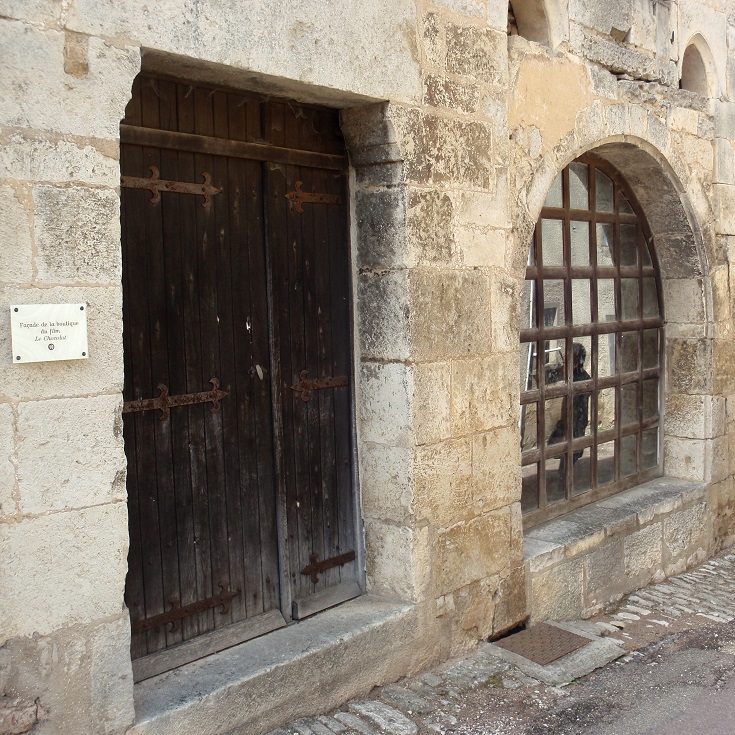 Chocolate shop from the movie Chocolat 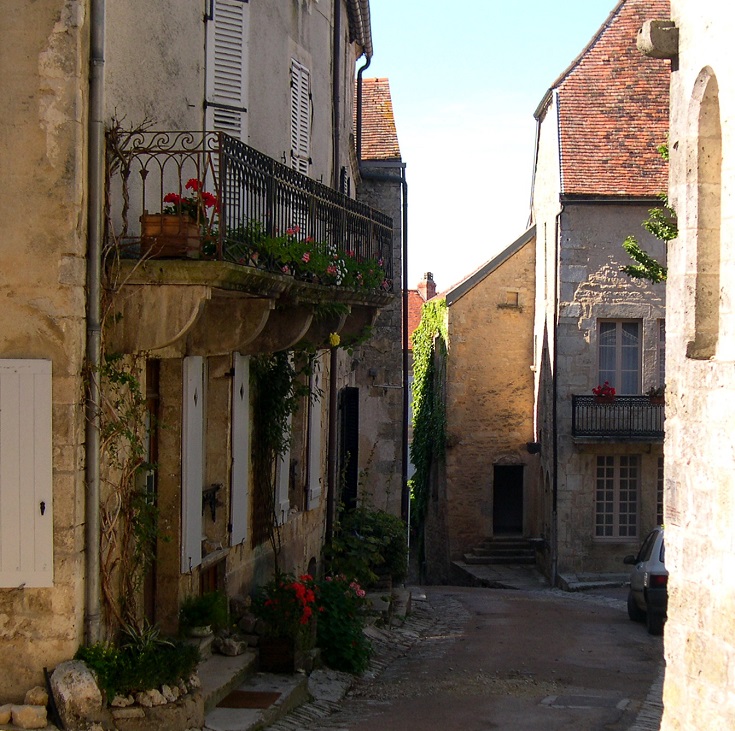 Picturesque back street in Flavigny-sur-Ozerain 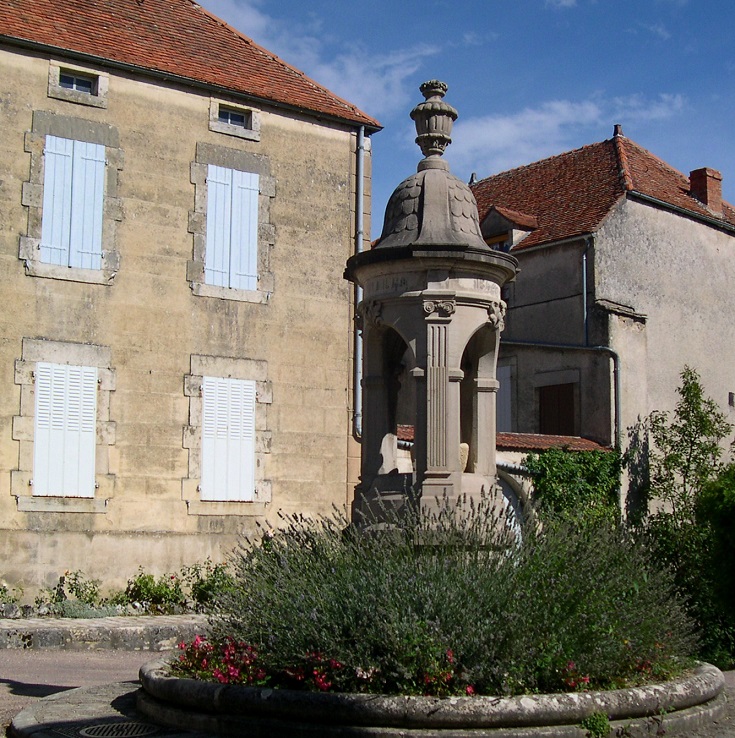 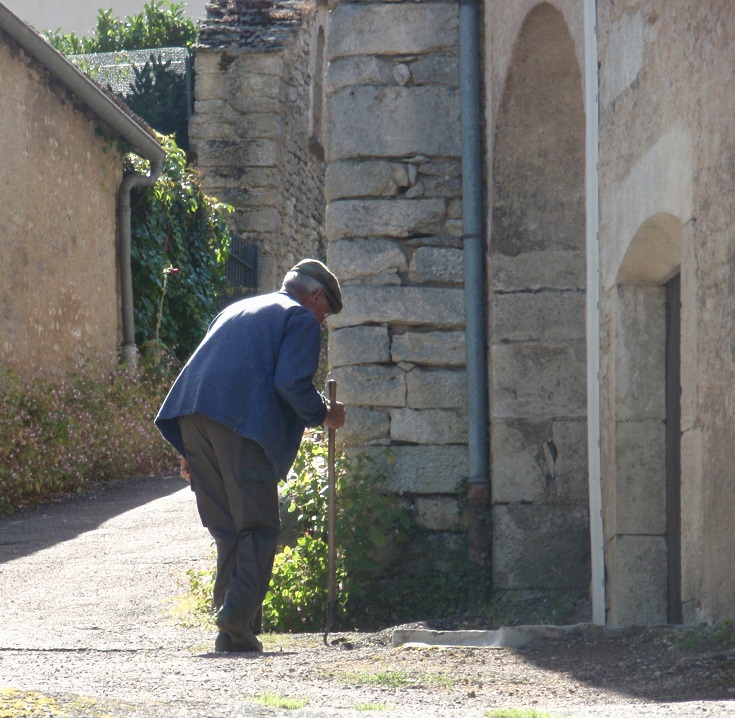 Which long-distance walk in France visits Flavigny-sur-Ozerain?
The Burgundy Canal

Where is Flavigny-sur-Ozerain, France?  Find it on Google maps

Flavigny-sur-Ozerain is easily accessed by taking the shuttle bus from Montbard which is located 102 kilometres (64 miles) along the Burgundy Canal. However, the first shuttle bus arrives in Flavigny-sur-Ozerain at 10h50 – 40 minutes before the abbey closes for lunch. An alternative option would be to make an earlier start by taxi from Montbard or from further along the canal at Venarey-les-Laumes or Pouillenay.

If you are following my suggested itinerary (which you’ll find here), you’ll arrive in Montbard after five days of walking and cycling from the starting point of Migennes.

This relaxed pace includes rest days at Tonnerre and Montbard, allowing plenty of time to visit the nearby attractions of Abbaye de Fontenay, Château de Maulnes, Château de Tanlay and Château d’Ancy-le-Franc and the ‘most beautiful village’ of Noyers.

Bicycle hire is available at several Tourist Offices along the Burgundy Canal from VéliBourgogne. Bikes can be returned to any of the offices, so cycling some, or all, of the stages is very easy to arrange. In addition to Montbard, bikes can be picked up or returned at Migennes, Saint-Florentin, Tonnerre, Ancy-le-Franc, Pouilly-en-Auxois and Dijon.

You can read about the history of the village on the Anis de Flavigny website.

Where to eat in Flavigny-sur-Ozerain

The first time I visited Flavigny-sur-Ozerain, it was a glorious summer day, the cafés were open, the village was buzzing and I fell in love with its charm and sense of history. When I returned with friends some years later on a cold, gloomy, windy day in September, the cafés were closed and except for a few customers in the aniseed lolly shop, the village seemed deserted – it was a completely different experience.

There are two restaurants in Flavigny-sur-Ozerain which, according to their websites, are open every day except Monday from Easter until the end of October. If you are hoping to have lunch during your visit, I recommend phoning ahead to check they will be open and to make a reservation.