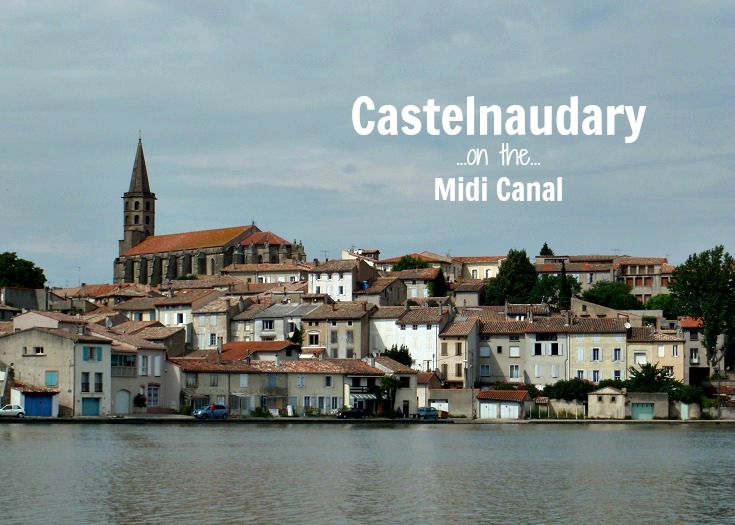 The third day of walking along the Midi Canal from Toulouse to Carcassonne finishes in the port town of Castelnaudary.

Founded in the early twelfth century, Castelnaudary grew around a château which was built here in 1118. Over the centuries, the town’s fortunes rose and fell—it was decimated in 1355 during the Hundred Years War but was later made the capital of the Lauragais area under the rule of Catherine de Medici. At this time, civil and criminal court buildings were erected here next to the château. 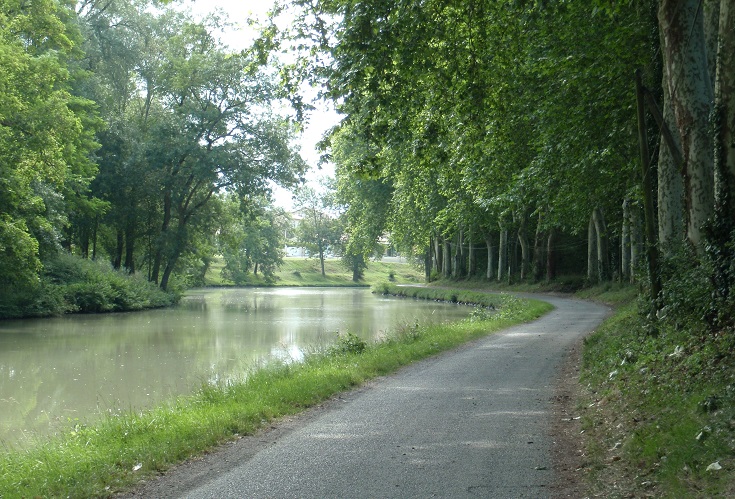 Approaching Castelnaudary along the Midi Canal

In 1623, the château was dismantled under the orders of Louis XIII and later that century, a prison was built here which remained in use until 1926. Today, the court buildings are a school and the jail houses a museum featuring the Canal du Midi.

The hardships of the Hundred Years War gave birth to cassoulet—a rich bean stew made from a variety of meats and white haricot beans, slow cooked until tender. Castelnaudary has become famous for this dish and, each year plays host to the Fête du Cassoulet during the last weekend of August. Most restaurants have their own version on the menu, so be sure to try it no matter when you visit.

As the canal winds through the town, it widens to form the Grand Bassin, a large reservoir used to regulate the water level of the canal. It is here that many people travelling the canal by boat start or finish their journey, as the port is home to several boat rental companies. 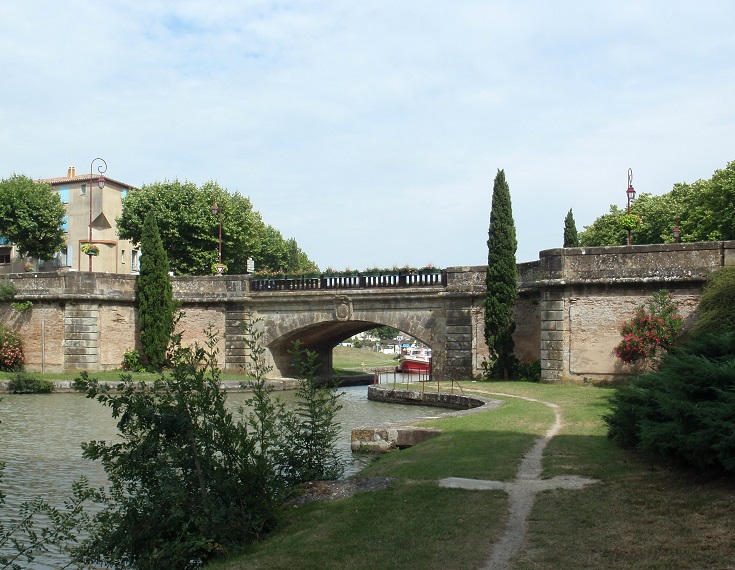 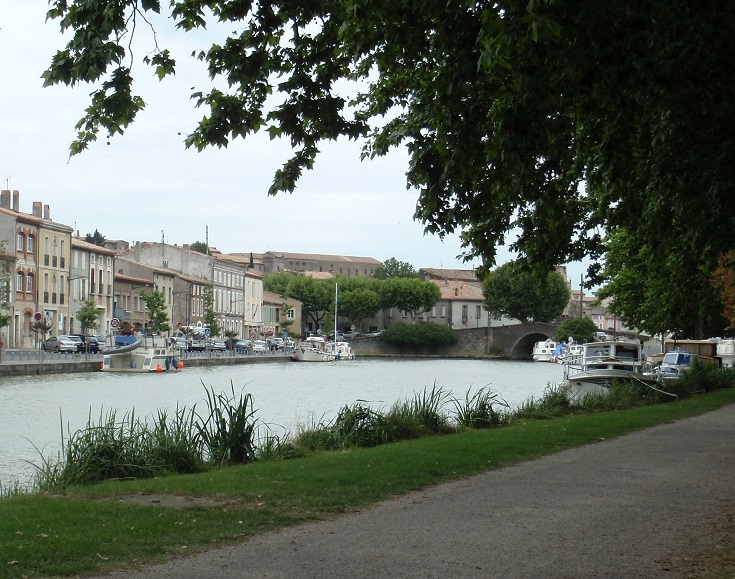 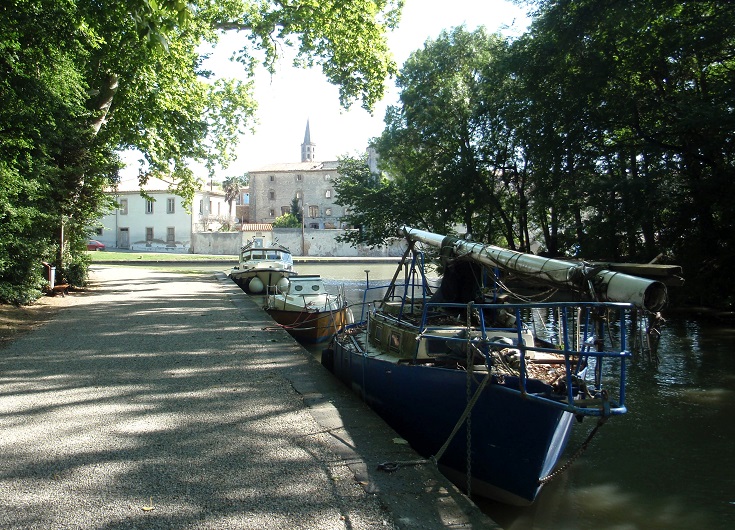 As you leave Castelnaudary and continue walking towards Carcassonne, the canal drops several metres in altitude, passing through the quadruple locks of Saint-Roch. Spare a though for those beginning their boating holiday here and who may now be wondering how much hard work awaits!

If you decide to spend a rest day in Castelnaudary and have the afternoon free, a thirty-minute taxi ride will take you to Abbaye de Villelongue.

Founded in the twelfth century by a small group of Cistercian monks, the monastery flourished for several hundred years. By the time of the French Revolution in 1789, only two monks remained and the abbey had fallen into disrepair. The complex was broken up—some buildings were sold and others were used for agricultural purposes. 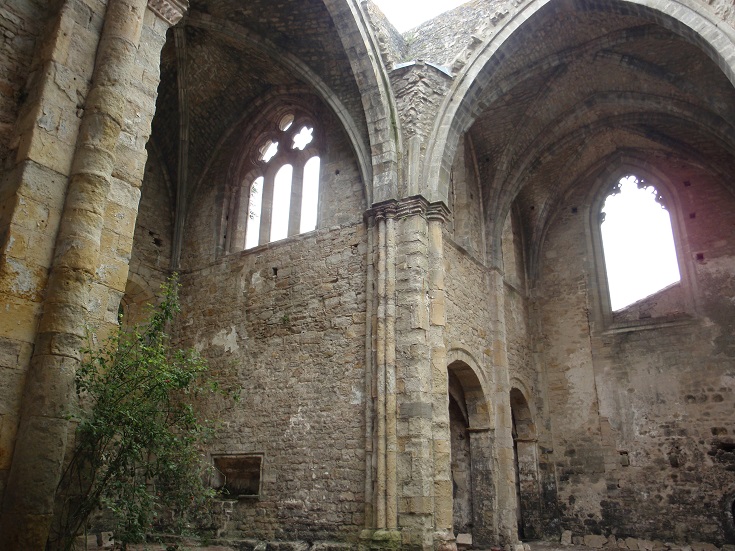 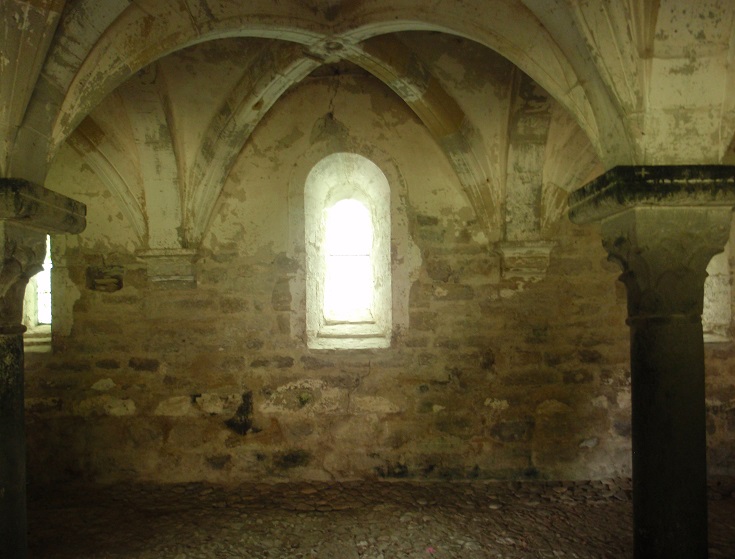 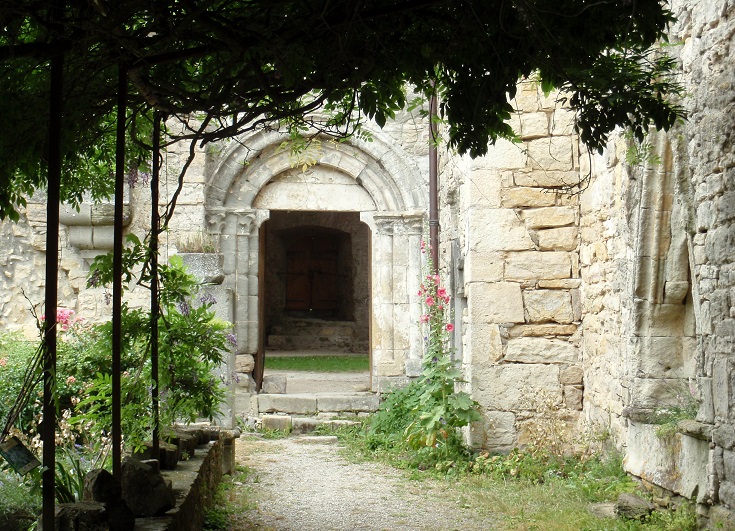 In 1916, the site was classified as a Historic Monument and in the 1950s, extensive work was carried out to save the cloister and the walls of the abbey church. In the years since, the buildings have been beautifully restored, but remain in a state of ruin, evoking a sense of timelessness and grandeur. 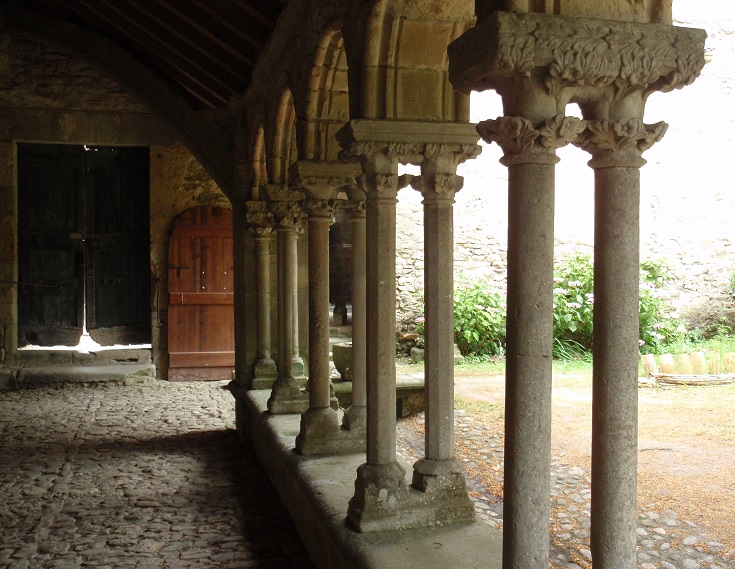 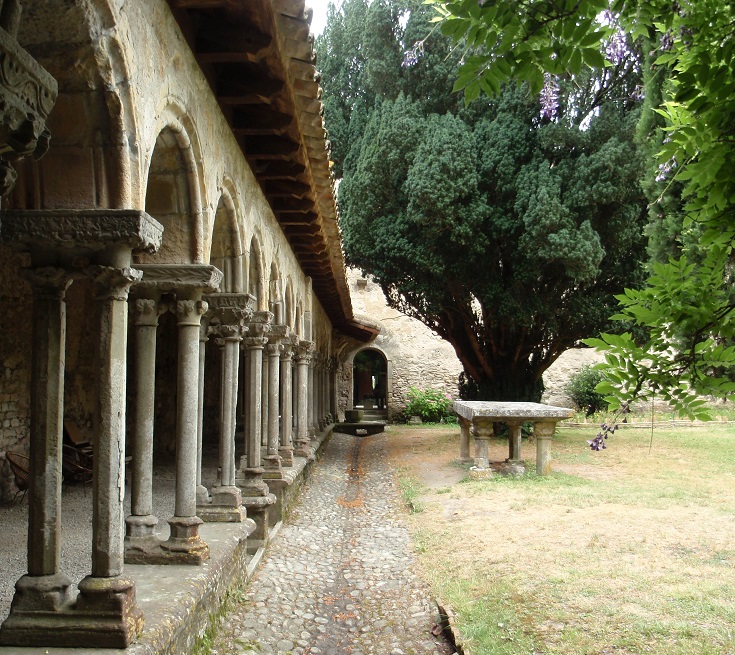 If you prefer to incorporate a visit to the abbey into your walk along the Midi Canal without taking a rest day, ask the taxi driver to take you on to the canal at Bram after your visit instead of returning you to Castelnaudary.

Which long-distance walk in France visits Castelnaudary? The Midi Canal

Where is Castelnaudary, France?  Find it on Google maps

Castelnaudary is located 63.5 kilometres (39.7 miles) along the Midi Canal – a three day walk from the starting point of Toulouse.

You’ll find my suggested itinerary for the five-day walk from Toulouse to Carcassonne here.

Where to eat in Castelnaudary

There are many cafés, restaurants, bakeries (boulangeries) and supermarkets in Castelnaudary—you’ll find something to suit all budgets and tastes. No matter where you choose, don’t forget to try a hearty bowl of cassoulet!

On Monday morning, fresh food markets are held in Place de Verdun. Fill your picnic basket with local fruits, cheeses, nuts or yoghurt before continuing on your walk.