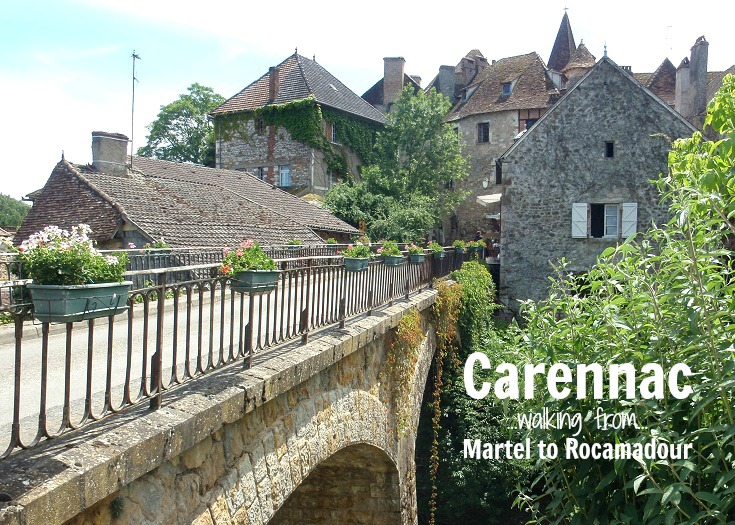 Nine hundred years ago, in the eleventh century, Cluny monks built a monastery in a small clearing near the Dordogne River. A village soon developed around the abbey, a château was built next door and high walls protected the occupants.

Today, this slice of medieval history, known as Carennac, is classified among France’s ‘most beautiful villages’. 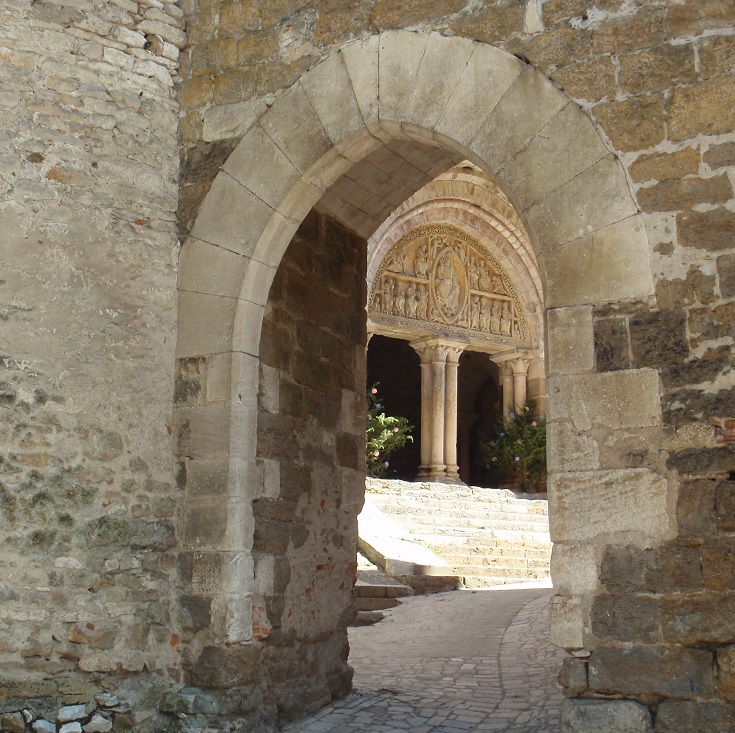 Glimpse of the church of Saint-Pierre through the remparts

The focal point of Carennac is the church of Saint-Pierre with its magnificent entrance and ornately carved tympanum which dates from the twelfth century. Equally impressive is the adjoining cloister which was built in the fourteenth century following the Hundred Years War. 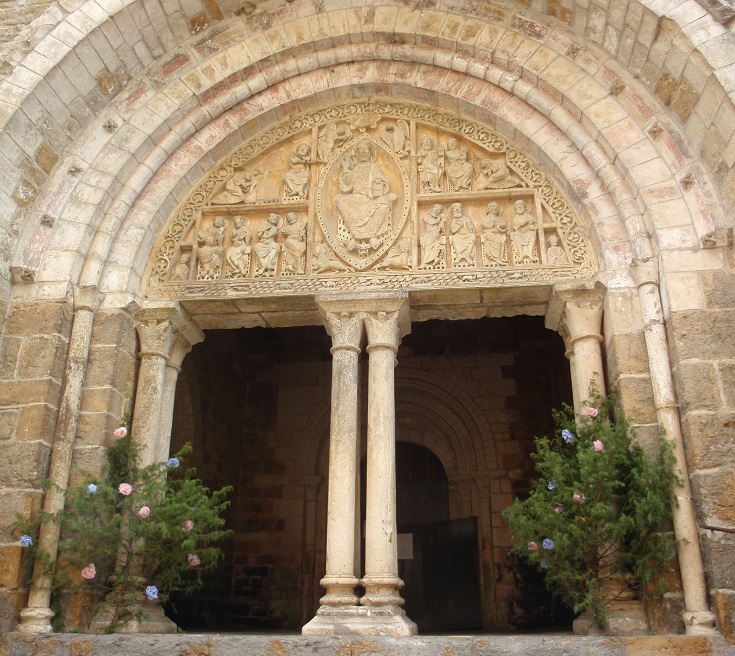 The magnificent entrance to l’église Saint-Pierre

Entry to the church is free but entry to the cloister requires a token purchased from the Tourist Office (be sure to purchase one before the office shuts for the day—or for lunch). 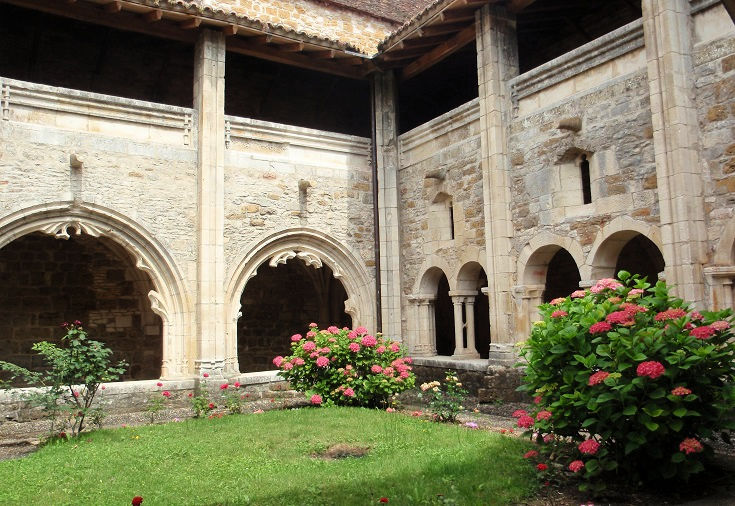 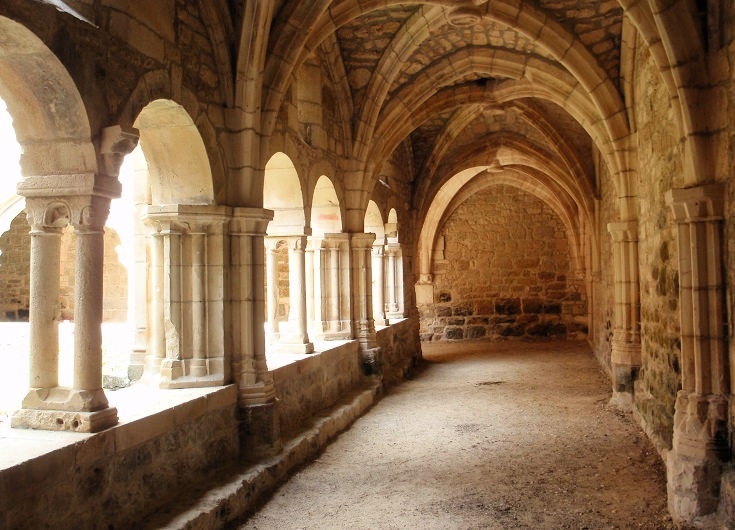 When you call in to the Tourist Office, ask also for a map of the village, marked with almost twenty points of interest. You’ll find tiny chapels and ancient timbered houses—many tucked away in side streets that you might not otherwise explore.

What will you see as you wander around Carennac? 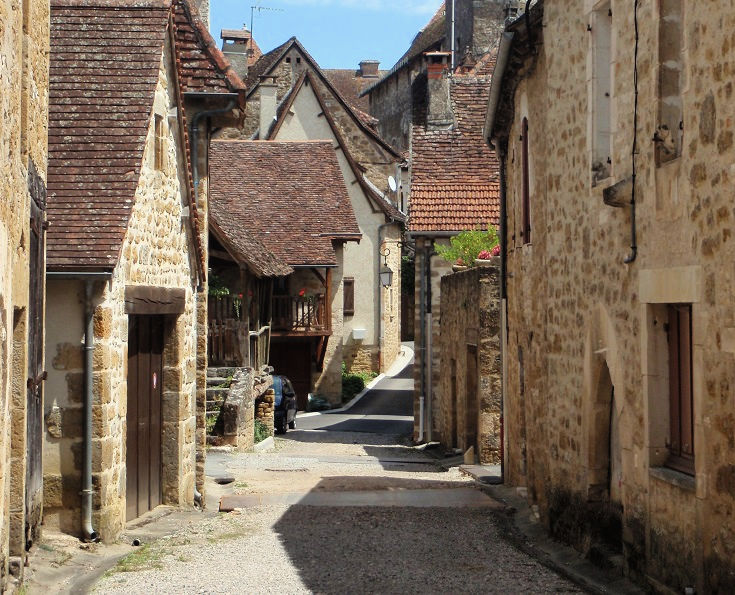 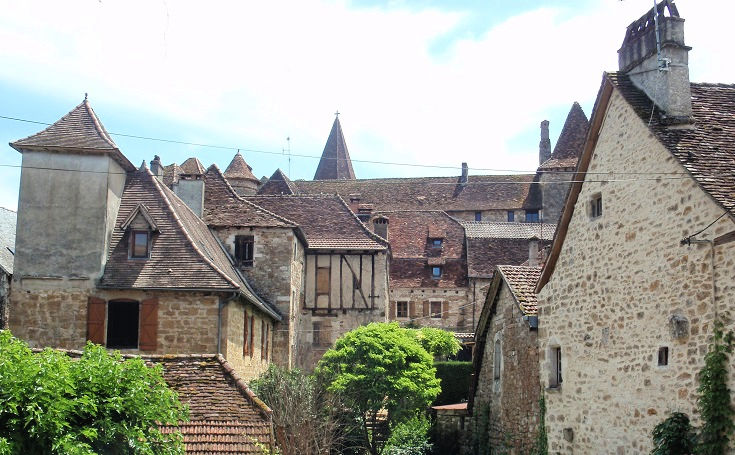 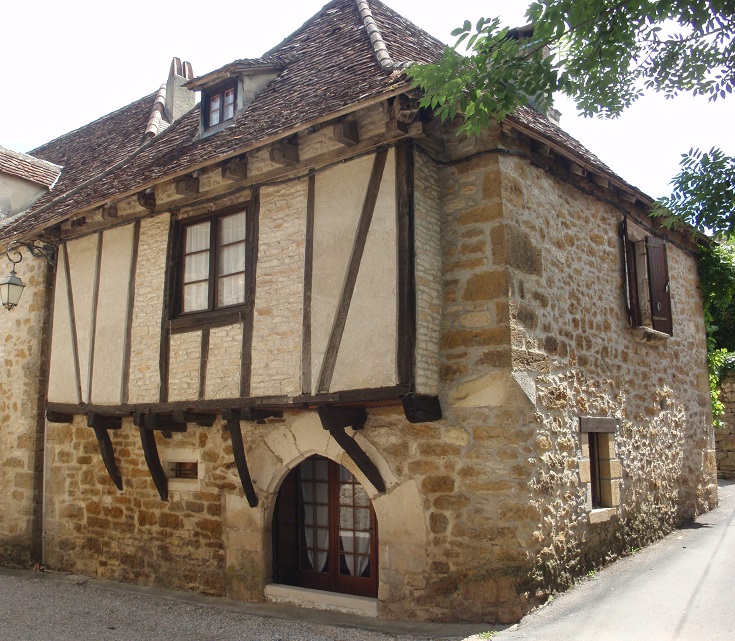 Timbered houses in Carennac are typical of those found throughout the region. I’m told that the extensions on the upper floor were a way of increasing the floor space without increasing the payable taxes (which were based on the footprint of the house).

In medieval times, houses were covered in stucco to disguise the fact they were built of stone and, in cramped dark alleyways, it was often a requirement that they be painted in light colours. The stucco has since been removed to showcase the character and heritage of the building. 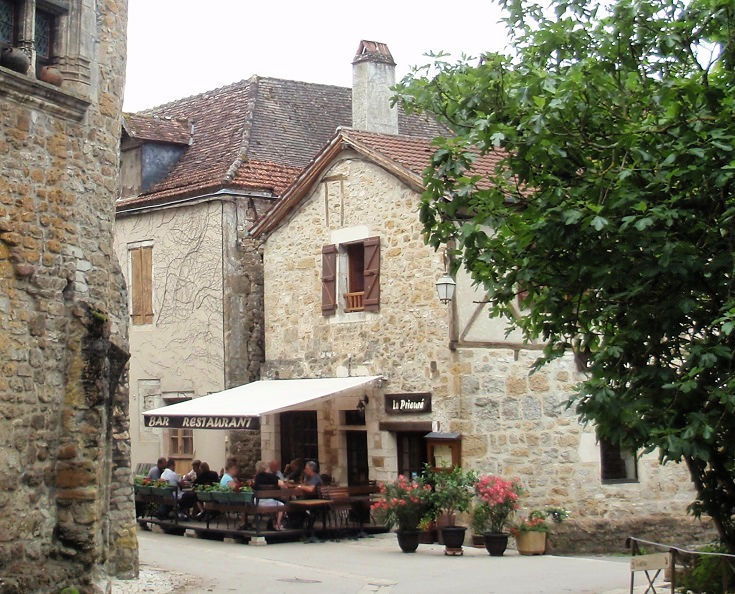 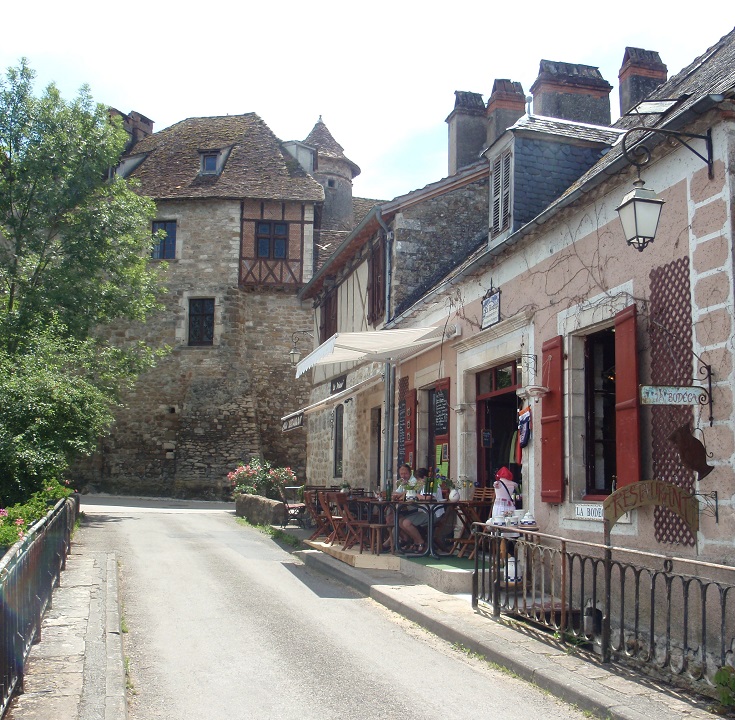 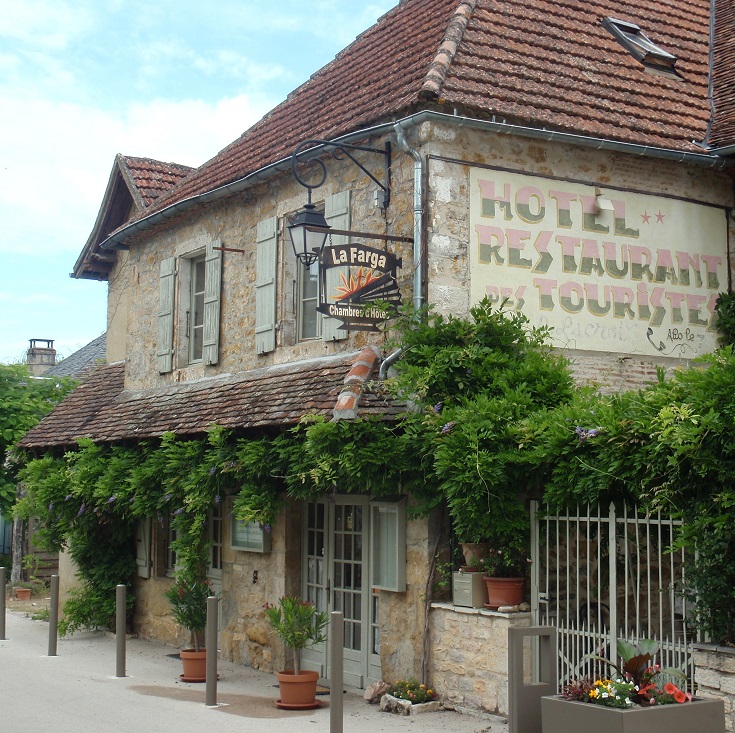 Which long-distance walk in France visits Carennac? Martel to Rocamadour

Where is Carennac, France?  Find it on Google maps

Carennac is located 100 kilometres (62.5 miles) from the starting point of Martel.

If you are following my suggested itinerary (which you’ll find here), you’ll arrive in Carennac at the end of the seventh day of walking – a relaxed pace which allows plenty of time to visit Gouffre de Padirac earlier in the day.

Carennac is the last of six of France’s most beautiful villages visited on this walk. This itinerary allows plenty of time to relax and enjoy them all ( Turenne, Collonges-la-Rouge, Curemonte, Autoire and Loubressac ) and to explore Château de Castelnau-Bretenoux and the sacred village of Rocamadour.

You’ll find the Tourist Office squeezed between Église Saint-Pierre and the adjoining cloister.

Where to eat in Carennac

You’ll find several cafés, a bakery (boulangerie) and supermarket in the village where you can stop for lunch or dinner, buy picnic supplies or stock up on trail mix. My favourite is La Bodega café—for the food and the gift shopping!

A local produce market is held in Parc du Château on Tuesday evenings in July and August.