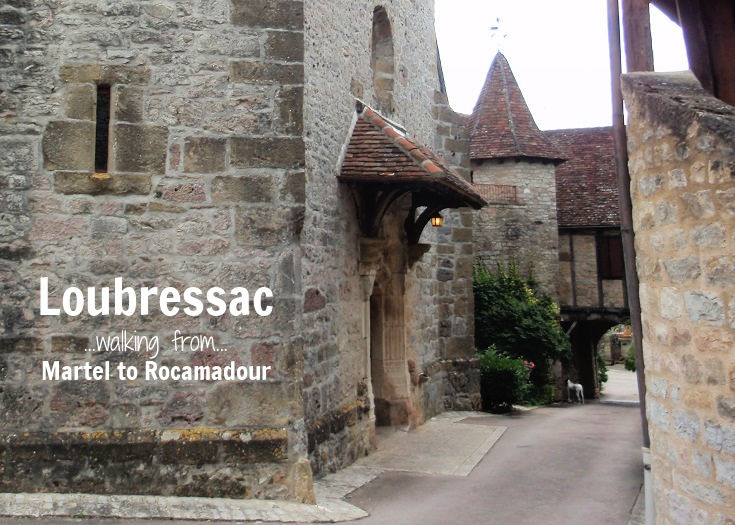 A charming village of tiny lanes, pale medieval stone buildings covered in lush vines and surrounded by flower-filled gardens, Loubressac offers stunning views over the surrounding farmland from its vantage point on a hill high in the Dordogne region of France.

Loubressac was one of the earliest most beautiful villages in France, earning its classification in 1983, two years after the association was formed by the mayor of the neighbouring village of Collonges-la-Rouge. 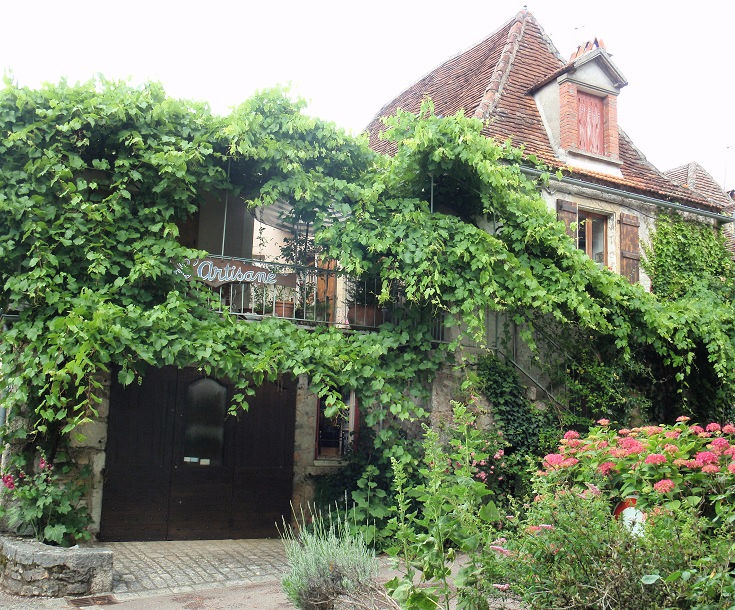 Hidden beneath a tangle of greenery, this stone house welcomes visitors arriving in Loubressac

The hilltop where Loubressac now stands was first settled during the ninth century. Five hundred years later, the village was captured by the English during the Hundred Years War and most of the buildings were destroyed. 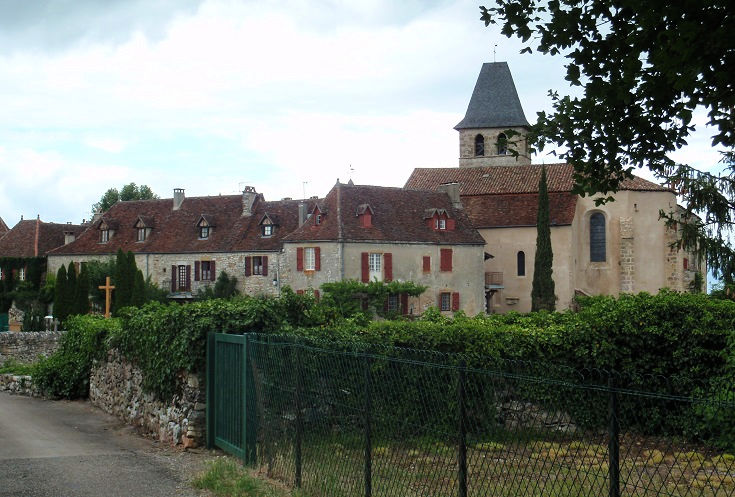 The imposing façade of the château dominates the hilltop

The current château, perched at the top of the hill, was built in the fourteenth century, soon after the end of the war and provided protection to the villagers until the French Revolution in the eighteenth century. (The château is privately owned and can only be viewed from the outside.) 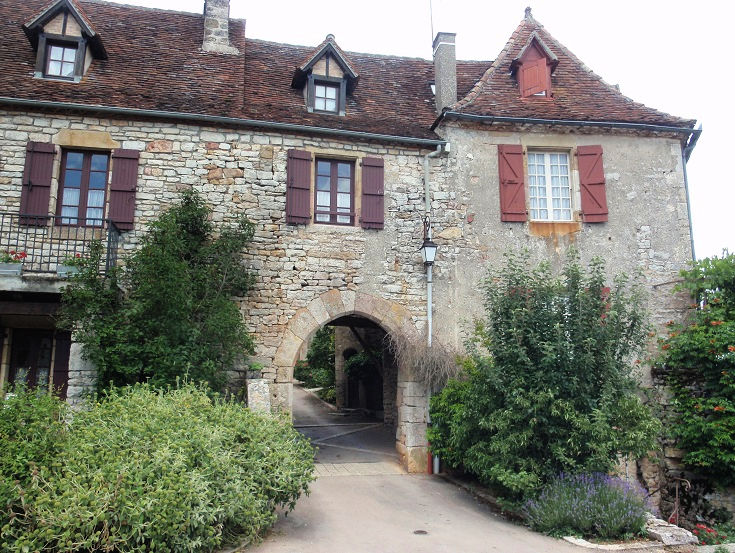 Porte Est, the eastern gate to the village

Allow an hour or two to explore the narrow streets lined with medieval houses and the old portes, or gates, into the village. 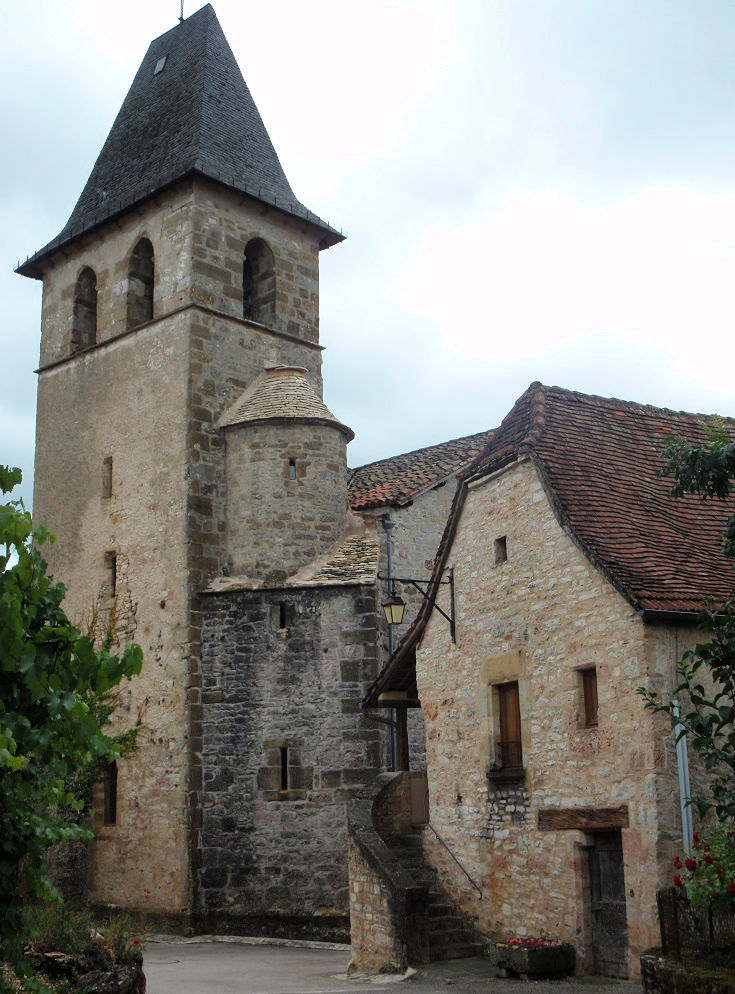 Be sure to visit the church of Saint-Jean-Baptiste, which was built between the thirteenth and sixteenth centuries, to see the beautifully decorated altar and ceilings. 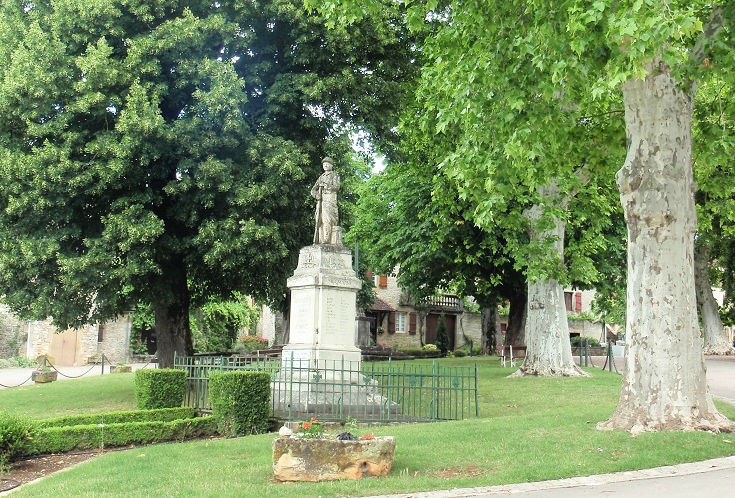 It is reported that French photographer Robert Doisneau (famous for his photo of two lovers kissing in front of the Hôtel de Ville in Paris) spent many holidays in this idyllic corner of France, often staying in the village of Loubressac. He loved the light and returned each year until his death. In August 1986, he captured a view of Château de Castelnau-Bretenoux from the vantage point beside the château in Loubressac, which you can view here. 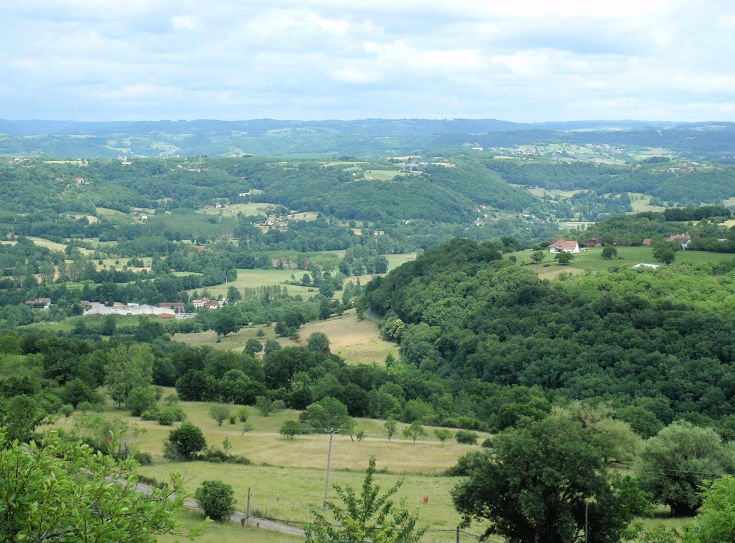 Panoramic views from the lookout beside the château

As you leave Loubressac and continue the walk towards Carennac, take the GR 652 variante—a shortcut that reduces the walk to less than ten kilometres (6.25 miles)—or continue on the GR 652 to visit Gouffre de Padirac—a series of underground lakes and caves 103 metres below the surface. 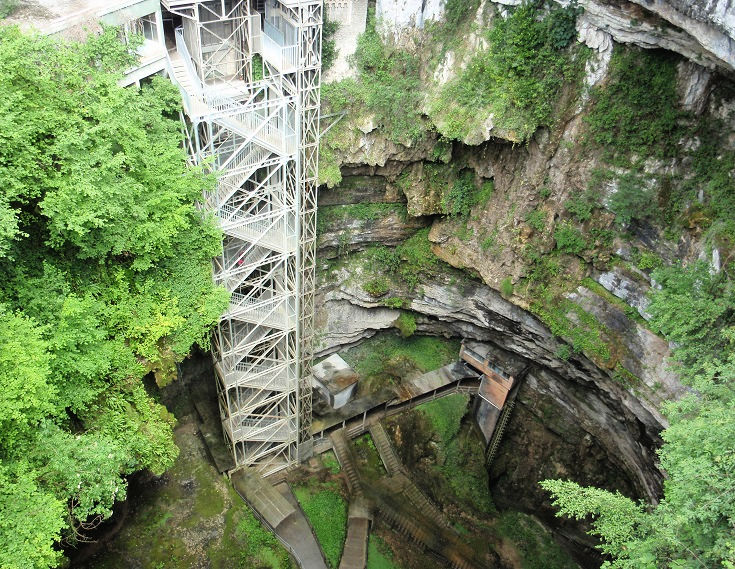 Looking into the abyss at Gouffre de Padirac

Open from Easter until October, a guided tour takes you by boat along an underground river before you disembark and continue on foot past majestic stalagmites and stalactites—a breathtaking sight. 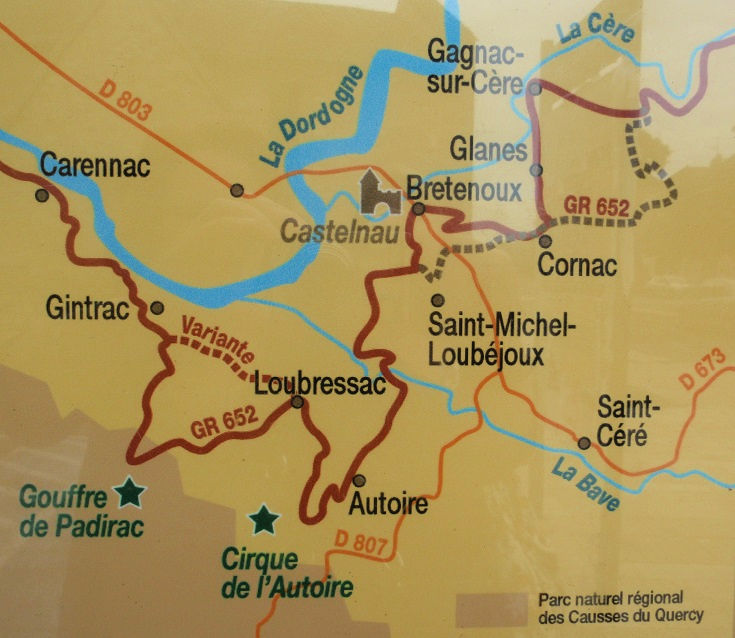 A visit to Gouffre de Padirac will add six kilometres (3.75 miles) to your walk, extending your journey from Loubressac to Carennac to sixteen kilometres (ten miles)—still very manageable in one day. 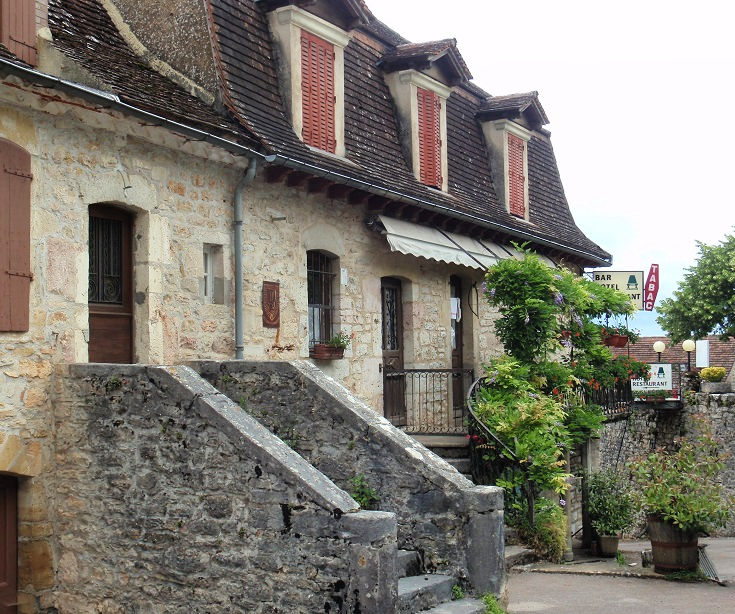 Which long-distance walk in France visits Loubressac?
Martel to Rocamadour.

Where is Loubressac, France?   Find it on Google maps

Loubressac is 84.8 kilometres (53 miles) from the starting point of Martel.

The village is the fifth of six of France’s most beautiful villages visited on this walk. The others are Turenne, Collonges-la-Rouge, Curemonte, Autoire and Carennac.

If you are following my suggested itinerary (which you’ll find here), you’ll arrive in Loubressac at the end of the sixth day of walking—a relaxed pace which allows plenty of time to visit the fresh food markets as you leave Bretenoux (held on Tuesday and Saturday mornings) and to stop and explore Château de Castelnau-Bretenoux.

If you prefer to set your own agenda, I share the steps I take to plan my itinerary on any long-distance walk (using the  Chemin de Stevenson as a case study).

There is no official Tourist Office in Loubressac but you’ll find helpful staff at the mairie (council) in the heart of the village. Opening hours are listed here.

You’ll find everything you need to know about visiting Gouffre de Padirac on their website.

Where to eat in Loubressac

You’ll find few options for lunch in Loubressac but snacks and groceries are available from the small supermarket. Dinner is served each night at both of the above hotels.