Located eighteen kilometres (11.3 miles) past Martel on the GR 46—GR 480 path, Turenne is the perfect place to stop after your first day of walking. It’s also the first of six ‘most beautiful villages’ you’ll visit on this long-distance walk which winds 127 kilometres (80 miles) from Martel to Rocamadour.

At the top of the hill, dominating the village, are the remains of the château which was home to the ruling families of the region between the tenth and eighteenth centuries.

The Guards Rooms – all that remains of the château in Turenne

The village enjoyed a prosperous and peaceful existence during this time, but in 1738 the château was sold to King Louis XV to clear the enormous gambling debts of then-owner, Godefroy de Bouillon. The château was subsequently dismantled on Louis XV’s orders but thankfully many of the fireplaces and other stoneworks have been preserved in houses and other buildings throughout the village.

All that remains of the château are the Guards Rooms, which now contain a small museum displaying armour and other medieval artefacts.

Tour César at the other end of the garden

The gardens adjoining the museum were planted in the 1920s, over what would have been the rooms of the château. At the end of the gardens stands the twelfth-century Tour César. The stairs are narrow and not really built for two-way traffic but a climb to the top will reward you with commanding views over the countryside.

Let’s walk around and see what makes Turenne one of France’s most beautiful villages! 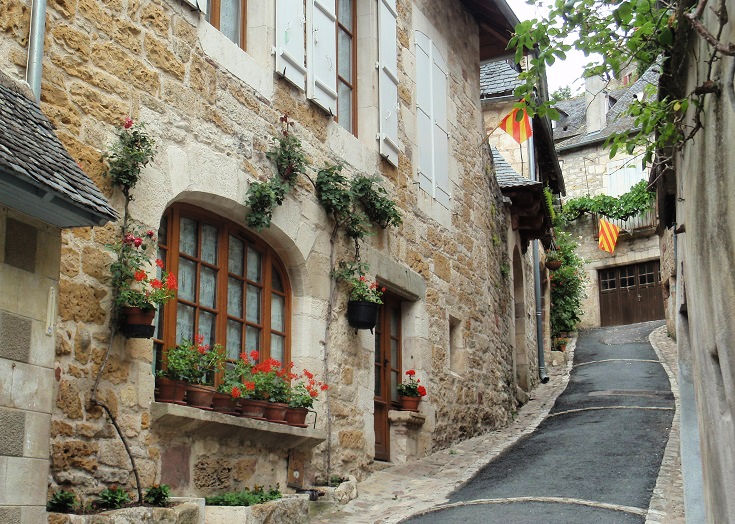 All streets lead uphill to the château 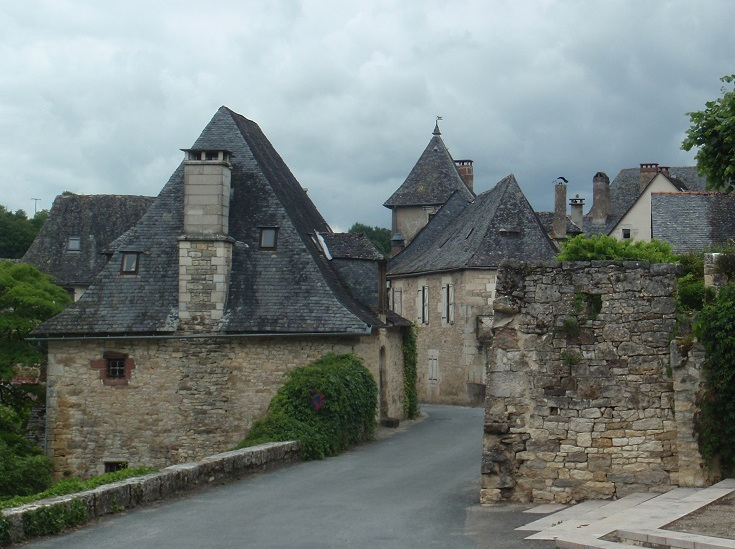 Back street through the village 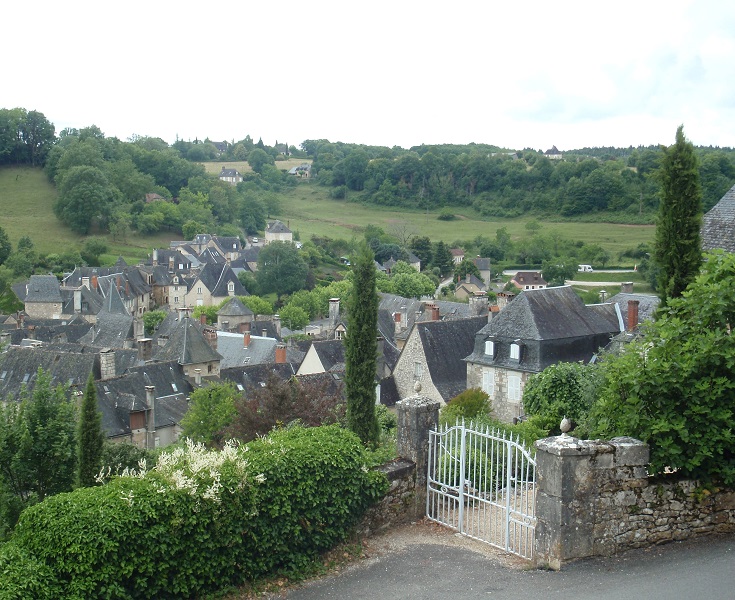 The rooftops of Turenne – viewed from the church

The view over Turenne from Tour César

Which long-distance walk in France visits Turenne?
Martel to Rocamadour

Where is Turenne, France?  Find it on Google maps

Turenne is 18 kilometres (11.3 miles) from the starting point of Martel.

The village is the first of six of France’s most beautiful villages visited on this walk. The others are Collonges-la-Rouge, Curemonte, Autoire, Loubressac and Carennac.

If you are following my suggested itinerary (which you’ll find here), you’ll arrive in Turenne at the end of the first day of walking. If you find you arrive too exhausted to visit the château, relax and leave your exploration of the village until the morning. Tomorrow’s walk to Collonges-la-Rouge is a short six kilometres (less than four miles) and you’ll have plenty of time look around the village before you leave.

There is no official Tourist Office in the village but you’ll find helpful staff at the mairie (council), located on the D150 as you approach from Martel. Opening hours are listed on their website.

Opening hours for the château are listed here.

Where to eat in Turenne

You’ll find several cafés, a bakery (boulangèrie) and supermarket in the village where you can stop for lunch or dinner, buy picnic supplies or stock up on trail mix.