Almost one thousand years ago, in the eleventh century, two monks returning from a pilgrimage to Rome founded a small priory and built a church—dedicated to Notre-Dame—here, where the Hôtel de Ville now stands, in La Romieu.

Over the next 300 years, the village grew in prominence. In 1318, a collegiate church, dedicated to Saint-Pierre, was built to accommodate the Cardinal and fourteen canons. Soon after this, the Cardinal’s Palace and a cloister were added. 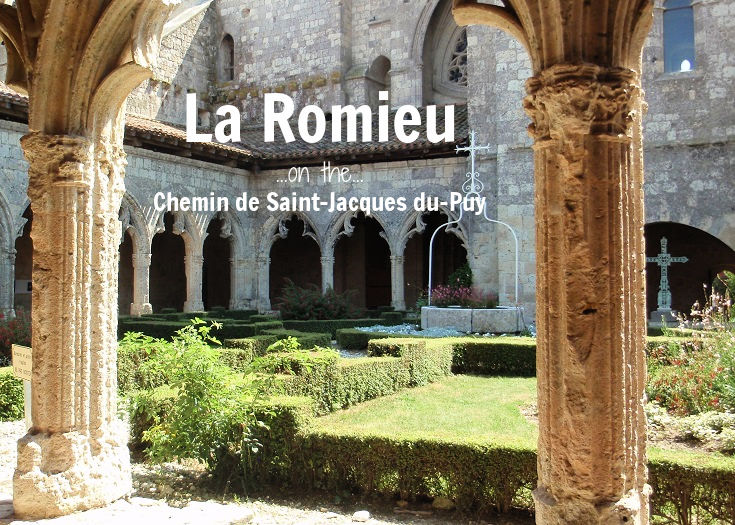 In 1569, during the Wars of Religion, La Romieu came under attack from the English. The village was badly damaged and the cloister was burned, destroying the wooden upper floors. 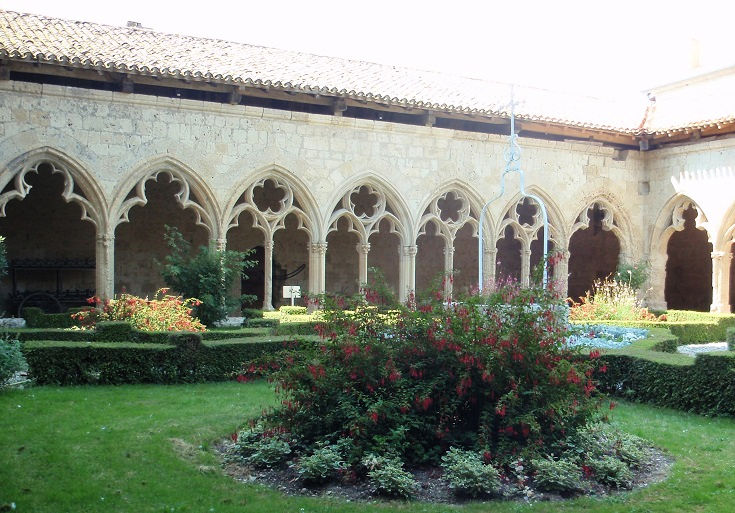 Two centuries later in 1790, following the French Revolution, the original church of Notre-Dame was destroyed and the collegiate church of Saint-Pierre became the parish church. 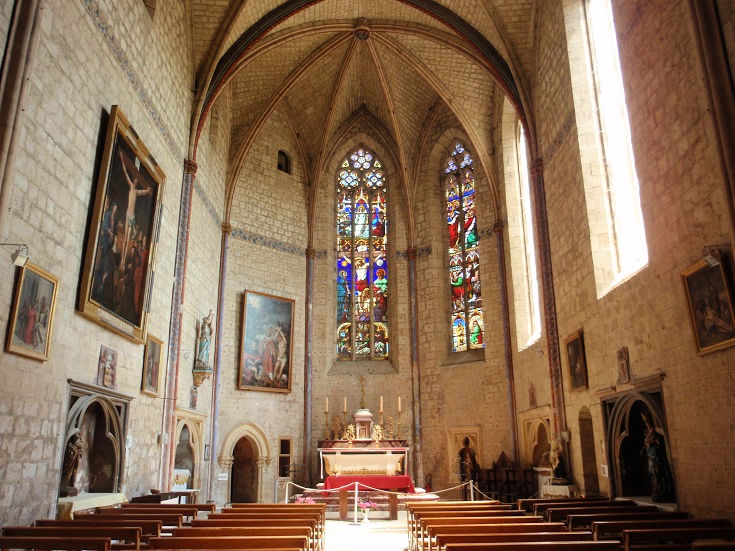 The interior of the collegiate church of Saint-Pierre

The tombs of the Cardinal and his nephews are tucked away in the side walls near the front of the church, and a door to the left leads up to the top of the Belvedere Tower. The stairs are narrow and don’t encourage two-way traffic. I suggest calling out to make sure the way is clear before you start the climb.

From the top, you’ll enjoy spectacular views of the village, the cloister and the tower which is all that remains of the Cardinal’s Palace. (The Cardinal’s Tower is the only part of the complex not open to the public). 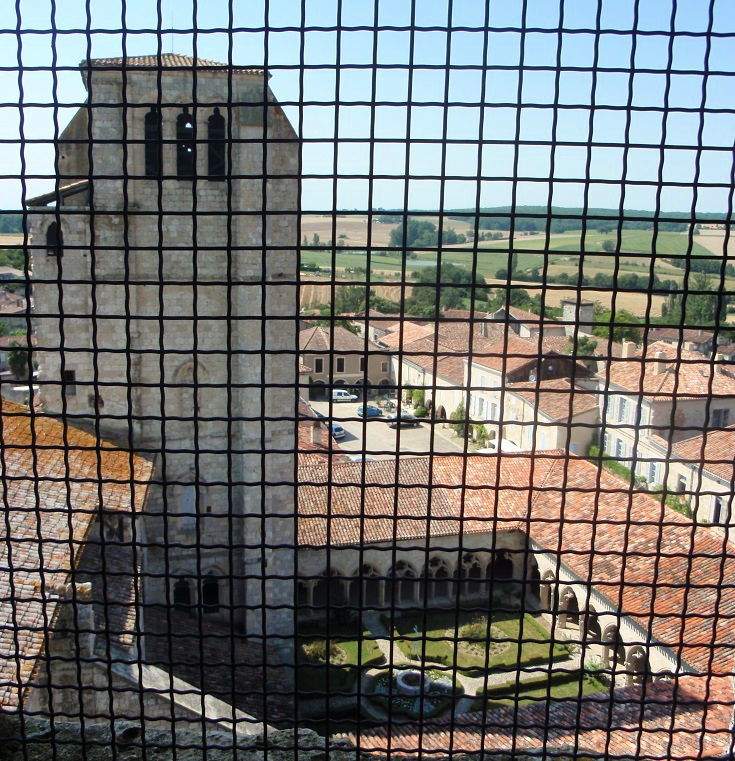 The complex is open to the public every day (opening hours vary according to the season). Allow an hour to explore the church and cloister, and enjoy the view from the top of the Belvedere Tower. 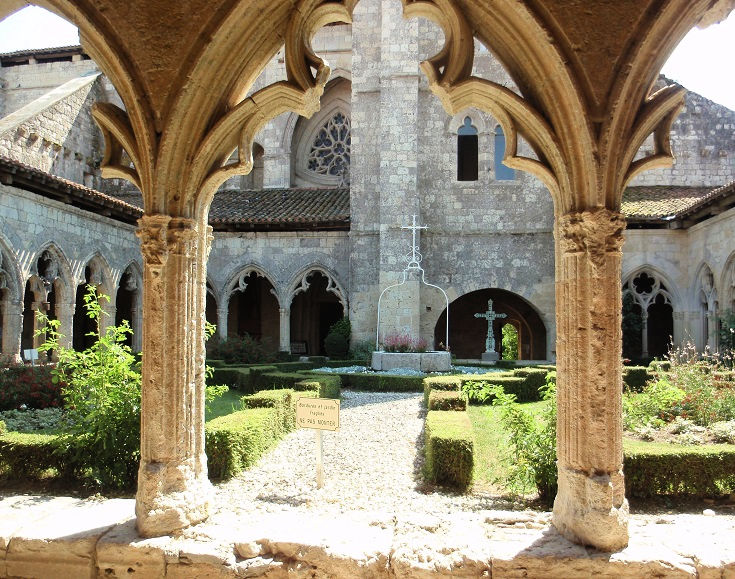 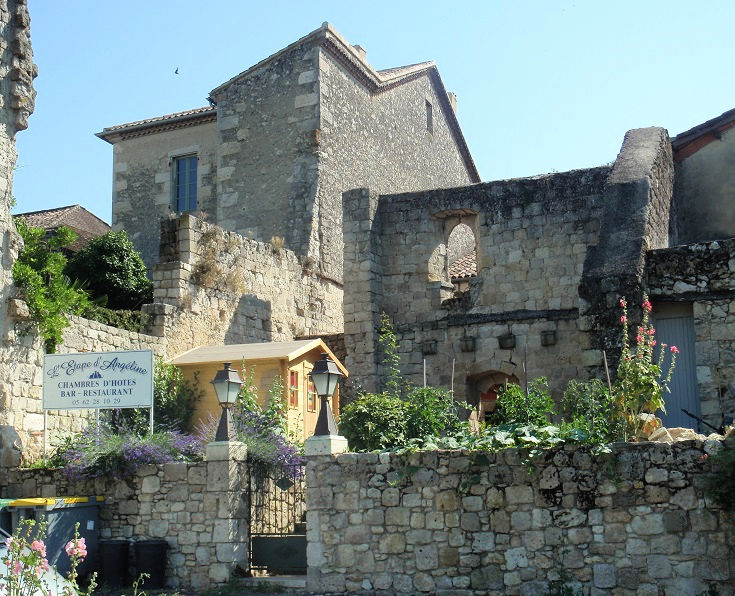 The streets of the village ooze medieval charm

Many walkers take this shortcut, unaware of the charms that La Romieu offers. If you choose to take this detour, you’ll miss what, I believe, is one of the highlights of this section of the walk. 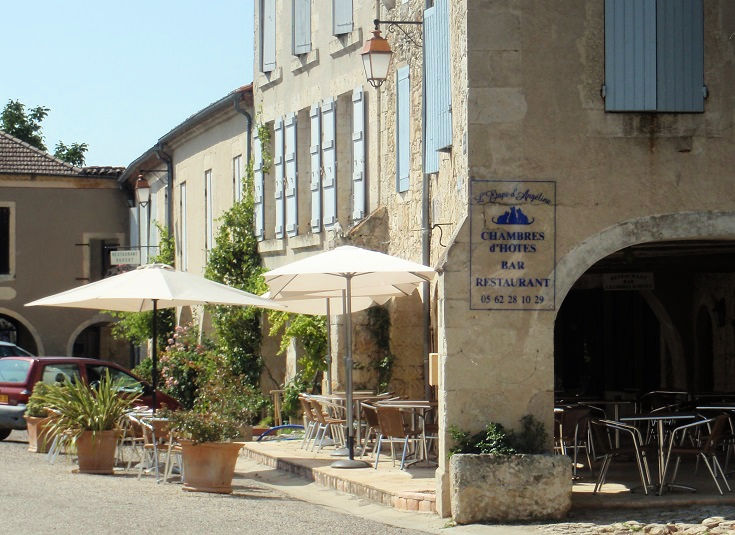 Where is La Romieu, France?  Find it on Google maps

La Romieu is located 502 kilometres (313 miles) along the Chemin de Saint-Jacques – a twenty-seven day walk from the starting point of Le-Puy-en-Velay.

La Romieu is one of eleven most beautiful villages found along the Chemin de Saint-Jacques du-Puy. Find them all here.

A schedule of festivities held during the year is listed here.

Opening hours for the church and cloister vary throughout the year. You’ll find the schedule here.

La Romieu offers a good selection of gîtes and chambres d’hôtes. During the summer months when the arts and music festivals are held, rooms can be scarce. I recommend booking well ahead.

Where to eat in La Romieu

You’ll find meals served at l’Étape d’Angeline and The Cardinal restaurants in La Romieu. During the summer months when the village is busy with visitors, I recommend reserving a table in advance or taking the demi-pension option with your accommodation where available.

For more practical supplies, you’ll also find a bakery and supermarket in the village.