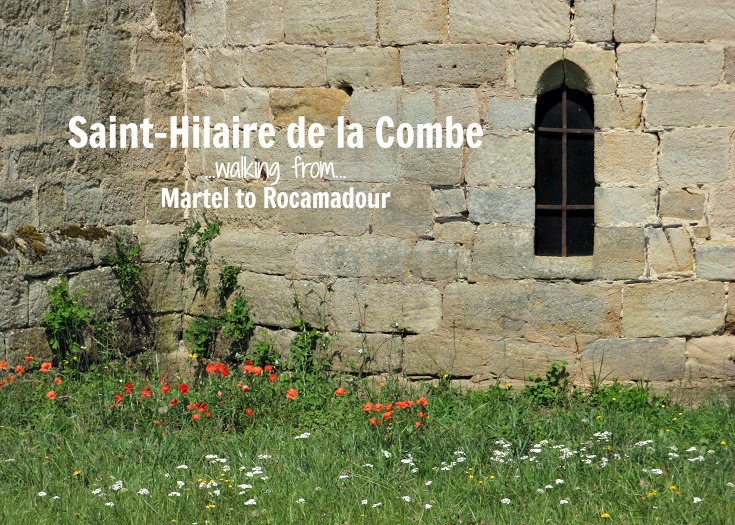 Until the middle of the fifteenth century, life in this part of the world—between Collonges-la-Rouge and Curemonte—centred around the village of la Combe. But by 1453, at the end of the Hundred Years War, the village had been destroyed and the residents moved to nearby Curemonte.

All that remains today of the village of la Combe is the tiny church dedicated to Saint-Hilaire.

The church dates from the eleventh century and was partially reconstructed in the fifteenth century. The two sides of the church are very different in all respects—size, shape and the details in the carvings—but both are very beautiful and exude a great sense of history.

The church is open to the public during exhibitions held over the summer months but remains locked at other times of the year. Luckily, we can peer in through the windows where the dim light only adds to the sense of charm and mystery. 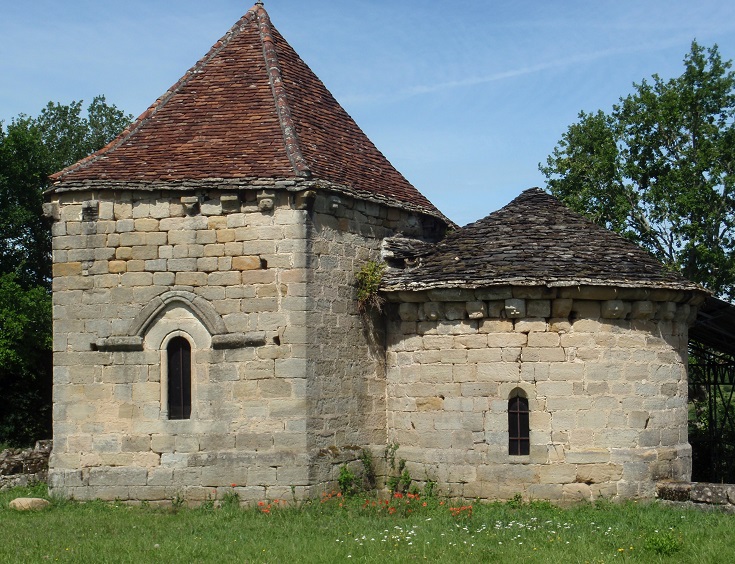 Eleventh-century carvings under the eaves

Carvings under the eaves added in the fifteenth century 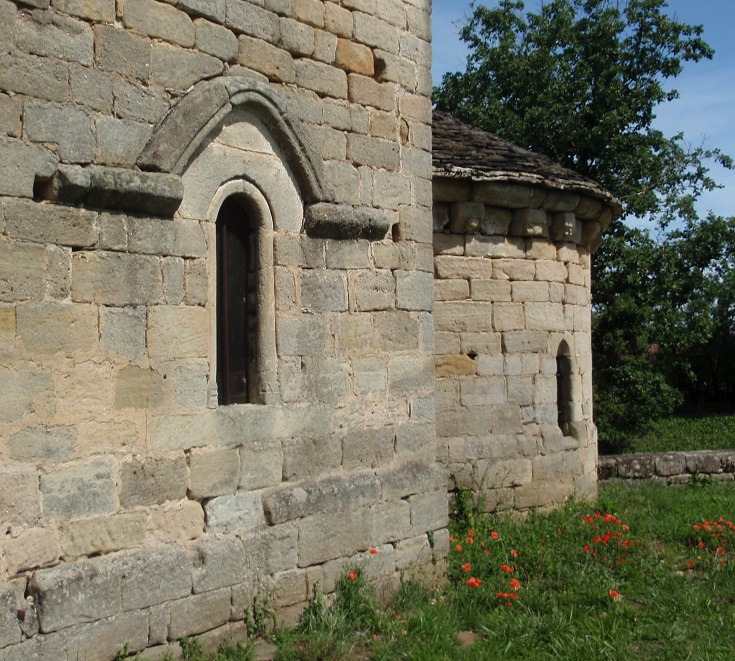 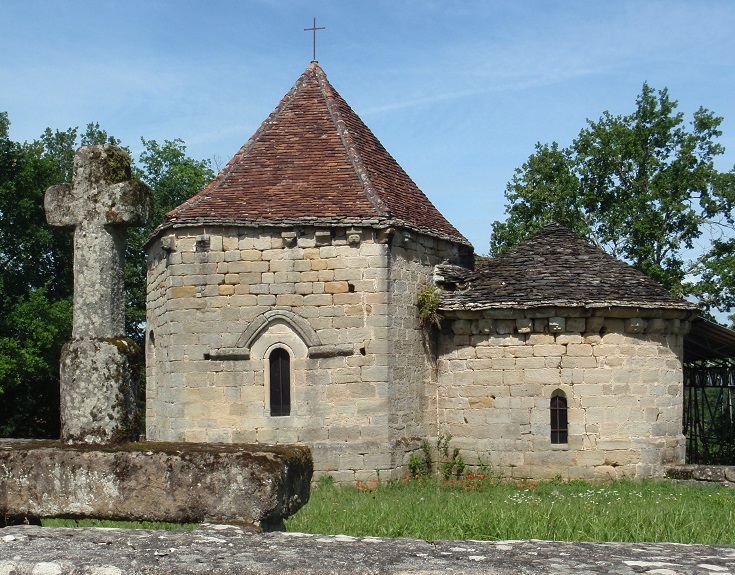 Where is Saint-Hilaire de la Combe, France?   Find it on Google maps

Saint-Hilaire de la Combe is located between Collonges-la-Rouge and Curemonte. To reach the church, leave the GR 480 walking path just past Branceilles (approximately 14 kilometres/8.5 miles past Collonges-la-Rouge) and veer right onto the D106. The church is a short way along on your left. When you are ready, continue walking along the D106 to reach the next village of Curemonte.

If you are following my suggested itinerary (which you’ll find here), you’ll arrive at Saint-Hilaire de la Combe late in the morning on the third day of the walk.

There is no accommodation, or anything else for that matter, in Saint-Hilaire de la Combe.